What is a cognitive-behavioral therapy?

The following sentenses are cited from a site of the Japanese Ministry of Health, Labour and Welfare;

“The structured psychotherapy which is intended for treatment a psychiatric disorder by helping to correct partiality of recognition and solve problems because human feeling and behavior underwent influence of the state of the recognition (but, how to think and how to receive it)"

A cognitive-behavioral therapy was developed as psychotherapy to depression by Aaron T Beck, American in 1970 's.

In a cognitive-behavioral therapy, therapist correct patient’s extremely biased thought which causes patient’s difficulty in living through 16 to 20 times of counseling and homework.

“All or nothing" can be named as an example of the extremely biased thought.

You may visualize a person who is deeply depressed by making a little mistake.

The person easily mourn over the mistake and blame oneself with a mumble like this;

“Nothing has worked!"
“What a damnable failure did I do?"

The owner of well-balanced thought says “No problem" or “I don’t care my mistake anymore" in such a case.

However, the person who is easily depressed stick to own’s mistake without end.

In a cognitive-behavioral therapy, therapist makes a patient know his habit of a way of thinking such as “One does such negative thought at such time." through counseling.

And the therapist make the patient understand that the idea isn’t realistic, and a habit of a way of thinking is corrected.

The therapy for stage fright by correcting biased thought

Why a person suffer from stage fright?

Because the person worry too about “others’ eye" and “oneself who judged from others’ eye" more than necessary.

“I don’t want to show myself who has failed in the public."
“If I fail in the public, I’m certain that they will laugh at me."

After they worry too about “other’s eye" and “oneself who judged from others’ eye", they feel too nervous and result in suffering from stage fright.

However, we can think that failing in the public is not the most important issue to us.

Even if we fail in the public, we will not die, lose all our money and job.

Of course, we may feel embarrassed when we fail in the public.

But everybody has failed and made mistake many times in one’s entire life.

In a cognitive-behavioral therapy, therapist makes the patient understand that “failing in the public" does not mean “the end of the world".

After the patient understand this, he will not worry too about “others’ eye" and “oneself who judged from others’ eye".

As a result, he will not feel too nervous and suffer from stage fright.

But a cognitive-behavioral therapy overlooks an important thing.

That’s the experience of “trauma" from which is hidden in the back of the extreme negative thought.

There is the right reason why a person who suffer stage fright think that “failing in the public" means “the end of the world".

It’s because a person who has extremely negative way of thinking has very low self-assessment because of having much trauma in entire his life.

Even if a person fail in the public and they laugh at the person, the person who like oneself isn’t shocked by the thing.

But a person who has very low self-assessment will suffer catastrophic mental damage by failing in the public and being laughed at his failure.

People often say comforting words such as “Don’t worry", Forget the past" and “Change your negative thinking" to a person who is deeply depressed by making a little mistake.

However, these comforting words will be no useful to a person with very low self-assessment.

So it is impossible to cure stage fright by a cognitive-behavioral therapy.

“I don’t want comfording words to my stage fright"

If you think so, please inquire me anytime.

The treatment of stage fright 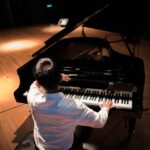 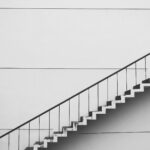 Photo by Pixabay on Pexels.com あが ...